– Well, then I'm afraid your
clittosaurus will fall off. (dramatic music)
(Dr. Wagner laughing) (beeping) – It's been a minute since
we've taken a trip to paradise. Well, I wouldn't necessarily
call it paradise. (record scratching) Anyway, today we're going to be reacting to, and breaking down all of the crazy medical-type situations
from the Netflix exclusive, Paradise PD, for a second time. But before we get into it, if you're new to my channel, welcome. My name is Dr. Jordan Wagner. If you enjoy the
educational reaction video, smash that subscribe button, turn your bell notifications on.

– (startled grunt) Oh my God. Randall. Have you been doing anything
unusual with your (beeping)? Answer truthfully. – No, just the usual stuff. – Typically there are only a few reasons why we actually need to do a rectal exam. Checking for masses,
checking for bleeding, checking for prostate issues. But that is about it. – Kiss my (beeping), mushroom cloud! (Dr. Wagner laughing)
(Randall laughing) – Well, the radiation
from the nuclear blast has mutated you (bleeping) polyp
into something terrifying. – What?
(jubilant laughing) (dramatic music)
– Ew, the fuck? Kill it.

– Please don't kill me. – Who said that?
– Oh my gosh, it's talking. – Wait a minute. – Please don't kill me.
We could be best friends. I'll be your polyp pal. – Polyp buddy. – Well, you are kind
of a cute little devil. – Okay Chief, time to get your
head out of your (beeping). – (laughing)
– Hey, where'd he go? – He ran away. – ♪I've got a friend who lives down low♪ – What? – ♪He spends his time
where the sun don't show♪ – Oh that's a good rhyme. Good job. – ♪I got a friend who's big and strong♪ (laughing) – ♪I share a driveway with his dump♪ – Oh my gosh. That's horrible. Thinking about it realistically, the office doctor wouldn't take a scalpel to it, right then and there. (buzzer sound) – You have to be really careful, cutting anything down by the anus, because there's such
intricate muscles down there, that you wouldn't want to screw it up, and then somebody who's not going to be able to poop right for
the rest of their life.

– Look Dr. Funtlicher, the ball donor list is taking too long. I need nuts yesterday. – There's fake testicles that sometimes you can give to animals, called neuticles. But there's an equivalent for
humans, if they want them. They're just benign round object. I don't deal with transplanted testicles. I've never seen transplanted
testicles in my life, but just like with any organs, you can potentially transplant
them into somebody else. – Well, Randall, if you don't mind bending the law a little bit, you can always try the black market. – The organic black market.
(bell tolling) – We only harvest the
healthiest organs here. What are you in the market for? Spleen? Liver? Heart? Lungs? – Got any testicles?
(dinging) – Heirloom testicles. (laughing) I'm pretty sure that you can't just have the testicle just sitting out. – If you actually get to get an organ for transference, it has a shelf life.

Typically you're transporting
it on ice to keep it cool, to slow the metabolic processes down. You need to get the organ
quickly into the recipient. So it doesn't become
ischemic die and be useless. And you just wasted all those resources. – Oh, nice and ripe. How much? – $5,000 a ball. – $5,000?
(grumbling) Well, here's my counter offer. (gun cocking)
– Oh my gosh. (guns firing)
(Randall running) – I'm ready for my ball implant. – Wow, wow he stole all the testicles. And then he got shot
in the upper extremity. Would you pass out from that? Would you fall down on
the ground like that? Unlikely, more probably because
you're tired from running. You basically have one major
blood vessel in the arm you worry about if there's an injury to your brachial artery,
sits underneath here. You can actually feel it. Other than that, you can cause a fracture, flesh wounds, obviously. And then you can hit some nerves, but hard to bleed out in that area.

(swelling music) – Doc, how'd it go? – Well, you passed out before you could tell me anything. But luckily I found the note you wrote me. See, put all the balls in my sack. – No. – So I did. – Oh my God. You're the greatest doctor ever. (music with swagger playing) – He has the massive balls. I know it. (laughing) ♪Big ball energy♪ – Nice. Look at those things.

♪I got that big ball energy♪ – Wow. Will his ejaculations
be like a glass of milk? The ejaculate, or the
semen that comes out, is made up of sperm
plus the other nutrients that are then produced
in the prostate, right? You do have a combination of it. So no, you probably are not going to have the most massive ejaculation ever. But maybe you'll have a much more endless supply of sperm. This is funny. This is crazy. Paradise PD is very funny. My face hurts because I'm smiling so much. – In Gina's case, the
surgery was a huge success. 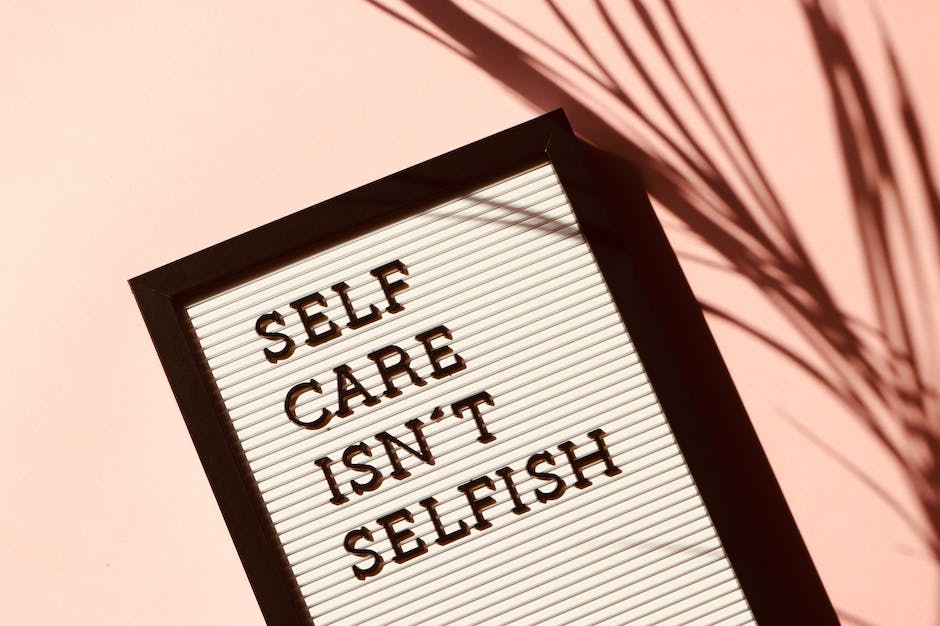 – That's great news. – Kind of a wash for me.
I get paid either way. – Oh that's messed up. But he gets paid either
way, but not really. Think about it. If he screws up and
doesn't have a successful, he's got malpractice and
he's got to pay into his malpractice and could be sued, for millions and millions of dollars. – Without that bullet affecting her brain, Gina will no longer only
be attracted to obese men. – Mm, hello Mr. Skinny. Mm, give me that ween, Mr. Lean. – Ooh. Maybe the surgery
worked a little too well.

– Oh geeze. – She just needs some fine tuning. – What? (laughing) – Now how does Kevin look? – This is incredible. I feel normal for the first
time since I was a little girl. – I thought you might want to keep this. It's the bullet I removed from your brain. – Whoa, they removed the
bullet from the brain. There are certain areas of her brain relating to personality or perception. The things that we'd like and crave, it could have been in a specific area of the brain that made you find more attraction in one type of
individual versus the other. Removing it could bring the underlying personality back or may not. – That almost looks like, – A ring.
– A Butthole. A ring, right. Of course. – This is a sign that I shouldn't waste another moment of my life.

Kevin Crawford, will you marry me? – Yes, yes.
– What? – The vision board worked. – Don't give him profit.
– Hurry it up, ladies. – Don't forget. This is
outpatient brain surgery. (tape rewinding) – Is it really outpatient brain surgery? What does that mean?
Outpatient is same day. That typically that doesn't
happen for brain surgery. – I've got a tea time in, oh. Gina, I'm pretty sure I
left my watch inside you. – You left your watch inside my head? – Head? I never said head.
– What? (watch beeping) (Dr. Wagner gasping)
(sirens blaring) – No! Totally inappropriate. Is it in the vaginal vault? Or is it in the rectal vault? I'm calling them vaults because they're areas that could hold objects.

And I only know this because I've had to remove objects
from both those areas. But that's disgusting,
totally inappropriate, and against the law. This doctor should be like
(mimicking cutting) license taken away. If he has one. (flute music) – Congratulations, is it a boy or a girl? – It's a clitoris. – Oh Gina. That's just not possible. – All right. Wait a minute. This doctor's like a one man show. He's the testicular doctor.
He's a brain surgeon. And now he's an OBGYN.

Okay. Family medicine doctors typically will do all realms of medicine,
but they're not surgeons. Typically they're not going
to be doing the surgery. They will refer to the
surgeon or to the specialist. And ER docs, we see it all. We don't have a choice. We like that. We just see whatever rolls
in and we take care of it. Sometimes if there's
even an animal involved, sometimes we have to take
care of that or figure it out. – You see a meteor wiped them all out. And they went extinct. – A clitoris not a dinosaur. It's my female pleasure center. (laughing) – Oh, you mean your clam buzzer? – Yeah, it's not called your clam buzzer. It's called your clitoris. That is, nope. This doctor is horrible. – We're adults here. No need to make up silly slang terms for your twat toggle.

– Uh-huh.
– What? – Oh my. – This doctor and his otoscope. It is not just an unlimited flashlight that you use, you can take everywhere. No. There are specific lights that we use. Not an otoscope. – I've never seen anything like this. – A giant clitoris? – Any clitoris. Well, it's extremely swollen, but you're going to be just fine. As long as you don't pleasure yourself, for the next 48 hours. – What? That's like telling Nancy Pelosi she can't fart in her hand and smell it. (laughing) – What happens if I just, touch it a little? – Yeah, the clitoris could get swollen for a multitude of different reasons. And obviously if it's swollen
and painful, don't touch it. It could have cellulitis to it. It could have a yeast
infection down there.

Could have a traumatic injury to it. So let it be and give it rest. 48 hours. You probably need a
little bit longer than that. – Well then, I'm afraid your
clittosaurus will fall off. (dramatic music)
(Dr. Wagner laughing) – The fact that he
calls it a clittosaurus. No it's not just gonna fall off. It will potentially get more swollen and more uncomfortable,
but it won't fall off. – Everyone needs a hobby. – I used to have a hobby. Illegal drugs. Now this town is like
Jeff Dunham standup act. Too clean and still kind of racist. – Nice. – Bullet, you should try
legal drugs like Adderall. The school kids say it makes them smarter, and gets them crunk AF. (jail door slamming) – Man. this doctor. Horrible.

Now this doctor talking about Adderall, it's very interesting. Some people really need this. It actually does typically focus them, versus people who don't need this actually gets them really
wired and jacked up. It's just interesting. When it comes to the spectrum of ADHD, we diagnose somebody by the age of seven. Should we be doing that or not? It's a whole other controversial topic. – Remember kids, it works
faster if you snort it. – I worked in California. We actually have to write
all our prescriptions electronically, and it has
to be sent into a pharmacy. The point of it is to curb opiate issues, drug addiction, and people
actually trying to like forge doctor's handwritings
on prescriptions. I'm a big advocate. If you can treat it
without using medications, I would go down that road first, or have a bridge between it. So say you're dealing
with anxiety, depression, and you need to identify
what's causing it. Yes. Temporarily getting on medication to then be able to get to the point where you don't need it anymore? Wonderful.

But being on something all the time, and not addressing the underlying issue, that is something that I'm
not the biggest fan of, but obviously I'm here
to help and support. Paradise PD. I loved it. It's always raunchy a little while, but if you guys liked this, definitely check out these reacts as well. And as always hit that subscribe button, turn your bell notifications on. Thank you so much for watching
and stay healthy my friends. (beeping) (upbeat music)
(whistling).